Arrival of the guests at the airport. Guests will be welcomed on arrival by an English speaking

company logo. Transfer from the airport to the hotel.  After check-in we will do the boat trip on

the Bosphorus. During the Bosphorus tour you will be able to see the 19th century Ottoman palaces

and the most expensive wooden houses of Turkey. Then we will visit a traditional thee house from the

16th century and we will offer our guests Turkish coffee.  Overnight in 4 star hotel in Istanbul.

After the breakfast at the hotel we will visit the highlights of Istanbul. In the morning we will

spend our time in the Topkapı Palace. The palace was constructed in the 15th century and

it was the first palace of the Ottoman Empire. During our visit you will also see the Holy Relics,

the treasury and the kitchens. Then we will visit the Sultan Ahmet Mosque from the 17th century

which is also called as the Blue Mosque. The mosque is known with its 21 thousand of turquois

coloured tiles. After the mosque we will visit the Hippodrome, the former center of sportive

and political activities of Constantinople. The Hippodrome was constructed in the 3rd century

and it was called as the second 'Circus Maximus' of the Roman Empire. Our next visit is to a less

in the 6th century but after the conquest of the city Constantinople in 1453 it was converted to a mosque.

Overnight in 4 star hotel in Istanbul.

Early in the morning we will depart for the city Bursa, also known as 'Green Bursa'. This was the first

capital city of the Ottoman Empire. The city is located in the north-western part of Turkey and is the fourth

largest city in Turkey. We will visit the icons of the city like the Green Mosque and the Green Mousoleum

from 1421. We will also visit the the Grand Mosque from the 14th century which is a prominent landmark

of Bursa. We will also visit the colourfull Koza Han (Silk Market) which was constructed as as a

caravanserai in 1491. Dinner and overnight in 4 star hotel in Bursa.

After the breakfast we will depart for Kuşadası and visit the ancient city Ephesus. During our visit

you will see the legendary Celcius Library, the Odeon, Curetes Street, Latrina, Trajan's and Hadrian's

Tempel and the biggest amphitheater in Turkey. After Ephesus we will drive to Şirince Village which known

with its wooden houses. Dinner and overnight in 4 star hotel in Kuşadası.

Breakfast at the hotel and departure for Pamukkale. After arriving in Pamukkale we will first

visit the ancient city Hieropolis. It is a UNESCO World Heritage Site because of the ruins that are

littered all over the city, including the necropolis that houses the sarcophagi of important ancient

figures like Marcus Aurelius. We will also visit Pamukkale which will make your trip memorable.

Known as the Cotton cliffs, it is a famous and stunning calcium structure that earned a UNESCO

World Heritage Site title in the 1970's. Dinner and overnight in 4 star hotel in Pamukkale.

Breakfast at the hotel and departure for Konya. On the way to Konya we will visit the 13th

century Seljukian masterpiece the  'Sultanhan Caravanserai.' This was one of the oldest

caravanserais which was scattered along the Silkroad. Then we will drive to the Holy City Konya.

In Konya we will visit the Mevlana Museum, the Mousoleum of Mevlana Jalal ad-Din Rumi.

This place was the Dervish Lodge of the Mevlevi order, better known as the Whirling Dervishes.

After visiting the museum we will depart for Cappadocia. Dinner and overnight in 4 star hotel in Cappadocia.

streams, ash and tuff stone from volcanic eruptions millions of years ago. The highlights

of this tour ; one of the big underground cities with its low, narrow and steeply amazing

tunnels. And another highlight is the Göreme Open Air Museum which is known with

its churches, chapels and monastries which is famous with its fresco's. Göreme was an

important Christian centre in the early years of the Middle Ages. After the lunch we will also visit the

Pigeon Valley, the Uçhisar Castle and at least the Avanos Village. The village is known

with its earthenware pottery. The ceramic trade in this district date right back to the

Hittites. You will also have the opportunity to visit the ceramics manufacturing studio.

Dinner and overnight in 4 star hotel in Cappadocia. 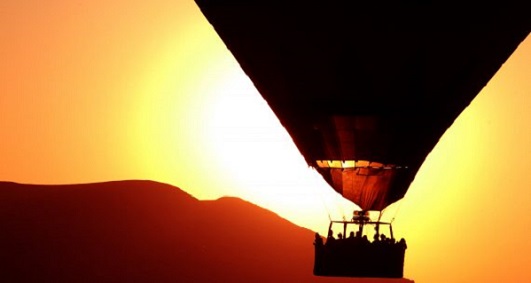 Optional: Hot air ballooning is one of the most unique and popular attraction in Cappadocia.

and we will experience the sunset over Cappadocia and the magnificent landscapes of the region.

We will depart for Ankara and visit the mousoleum of Atatürk, the founder of the modern Turkish Republic.

After our visit in Ankara we will drive to Bolu and Overnight in 4 star hotel in Bolu.

with its 4 thousand of shops. Time to say 'Goodbye' and transfer to the airport.